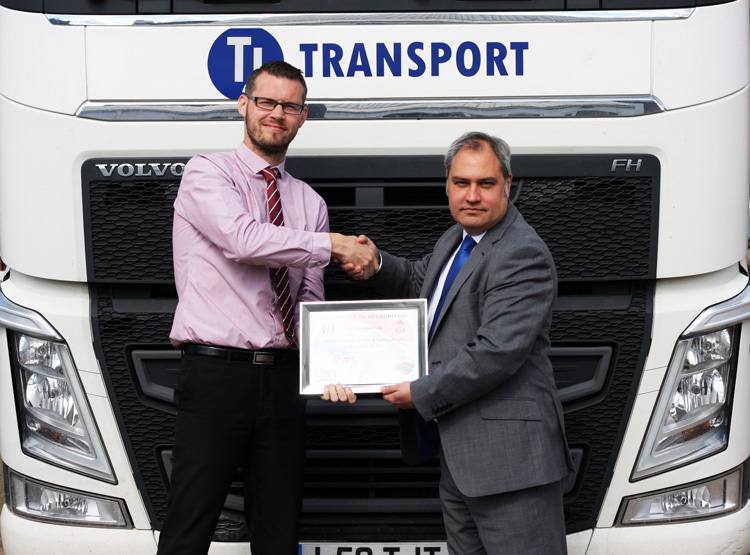 A haulage specialist on the South Coast has won a national award for leading the way with a cycle safe campaign.

TJ Transport, which operates a fleet of 100 mixed-use bulk haulage vehicles, was presented with the accolade by CEMEX.

The multi-national building materials company runs quarterly health and safety awards for hauliers across the UK, with TJ named winner for the first quarter.

Headquartered in Fareham, Hampshire, TJ has introduced a range of life-saving initiatives amid industry recognition of the increasing number of cyclist road casualties in the country.

According to latest figures from the Royal Society for the Prevention of Accidents, 21,287 cyclists were injured in reported road accidents in 2014, with 113 fatalities and 3,401 riders seriously injured.

John Gosling, TJ’s managing director, said: “It is widely acknowledged that the haulage industry is not where it should be with vulnerable road users, given such disturbing figures.

“Against this backdrop, we are working hard to deliver a framework for internal and external initiatives to meet a growing responsibility, in terms of increasing fleet and vulnerable road user interaction.

“For instance, between 2009 and 2013, HGVs were involved in around a quarter of cyclist deaths despite comprising only 5% of traffic in the UK. That is unacceptable.”

These are the initiatives implemented by TJ, which has 195 staff and operates in the South East and South West region, including Portsmouth, Southampton, Bournemouth and Bristol:

Tony Light, a driver for TJ, also won a prize from CEMEX for his support during the exchanging places events. He was given a £150 red-letter day of his choice.

CEMEX praised his “undeterred enthusiasm to take on this role for all events, whereby he passionately engages with visitors, delivering the key messages in a personable and memorable manner, offering his experience and insight, and only available from a career driver”.

TJ is also aiming to be among just 200-plus companies in the UK with silver status in the highly-regarded Fleet Operator Recognition Scheme (FORS). Currently the firm is among 2,700-plus companies with bronze accreditation.

FORS accreditation helps where there are rigorous procurement conditions which haulage operators must meet. It is already a mandatory requirement by Transport for London.

TJ’s publicly-stated goal is to have all new vehicles fitted with sensor technology, including close-proximity alerts or camera systems to cover any potential blind spots, as well as external warning alarms to make road users aware of the vehicle’s planned manoeuvre.

Scott Jones, CEMEX Haulage’s Strategic Haulage Manager, said: “A massive congratulation must go to the team at TJ Transport for their on-going commitment to ensuring we safely share the road space with other road users.”

As well as supplying highway maintenance vehicles for road improvement sites, TJ also operates sites across Hampshire and Sussex where skip waste, such as rubble, wood and metal, is separated.

In Bristol, TJ is a contract haulier for CEMEX, with two dedicated tippers. The firm has a total of 22 tippers based in the city, working directly for major building materials companies and some independents.

Why the haulage industry is taking action

According to government figures, and indicating an increasing problem with pedal cycle casualties in Britain, the number of seriously injured has risen every year since the low of 2,174 in 2004. The exception was 2012 to 2013. 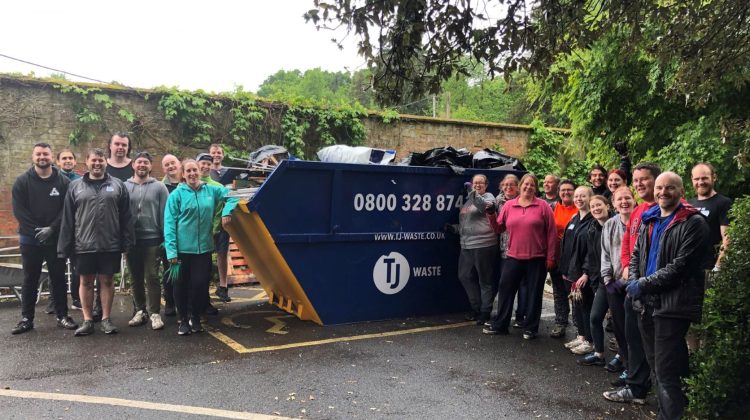