Bringing you convenience, in the heart of Southampton.

Waste management specialist TJ has officially opened a materials recovery facility in the heart of Southampton for commercial trade.

More than £1.2m is being invested in the three-acre site, including £350,000 on plant, such as a new excavator, pre-picking belts and specialist screens for the sorting of materials.

The operations, including a weighbridge, will be on part of a wharf directly opposite the home stadium of Southampton FC.

An initial 12 jobs will be created with the facility in Belvidere Road, thought to be the first of its kind in inner-city Southampton.

Licensed by the Environment Agency, the facility will recycle up to 85% of materials, including skip waste such as rubble, wood, plastic and metal.

Also going into the site will be material collected in local rounds by TJ from offices, factories, shops, garages, schools, local authorities, residential and nursing homes.

It is the third facility to be opened recently by Fareham-based TJ, which has 122 mixed-use trucks and employs a record 182 staff.

John Gosling, TJ’s managing director, said: “The location is ideal for trades to bring in their work-related waste for recycling before they stock up for their next jobs from nearby builders’ merchants.

“An initial 12 jobs will be created with the facility, which has seen a £1.2m investment by us in a land lease and associated plant to yield the highest levels of recycling possible.

“Our aim is always to ensure the least amount of material from our customers ends up in landfill, with up to 85% recycled by us and distributed as part of the closed recycling loop.

“The site, permitted by the Environment Agency, is the only one of its kind in inner-city Southampton, westwards from the River Itchen.”

Opening times are 6.30am to 6pm Monday to Friday and 7am to 1pm on Saturdays.

Last summer TJ, which celebrates its 20th anniversary this year, leased a site at Blashford sand and gravel quarry, just north of Ringwood in the Avon Valley, Hampshire,  towards Bournemouth.

With a new staff of three, the facility focuses on the recycling of soils and hardcore, such as concrete, bricks and asphalt, with new plant machinery for separation processing.

The second, operated by 15 people, is at Tipner, Portsmouth, just off the M275. Operations at the materials recovery facility are also geared to high volume commercial trade use.

Government figures indicate that the cost of dealing with general and commercial waste typically accounts for 4% of a company’s turnover.

TJ has won the Feefo Platinum Trusted Service Award for the third year running. This award is an ind ... 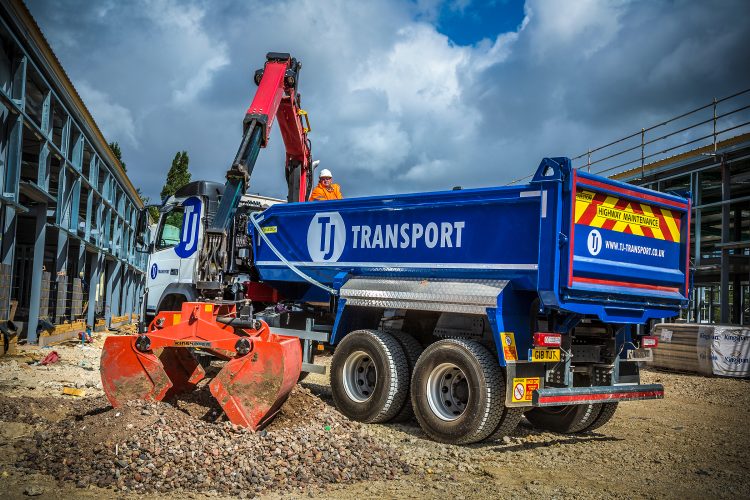 TJ is continuing to invest in staff development by putting two members of staff through CPC for Tran ...