You are here: Home / News / Raising the roof on trade waste recycling rates 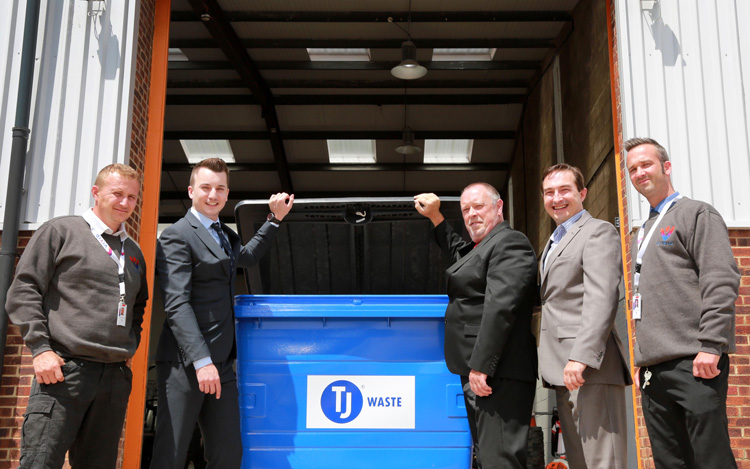 The waste management specialist was awarded the three-year £1.5m contract in a competitive tendering process by VIVID, which has 30,000 homes under management and 70,000 customers.

VIVID, recently formed from the merger of housing associations First Wessex and Sentinel, generates the annual equivalent of 1,000 skips in trade waste from tens of thousands of planned and reactive property repairs.

A key objective for the registered provider of social housing, which is headquartered in Portsmouth and employs 1,000 staff, is to have 90% or more of waste recycled from up to 3,000 of its sites in any one year, including depots.

“Following a competitive tender process, TJ was able to offer VIVID environmental peace of mind through a commitment to recycle 90% or more of our trade waste, underpinned by data-driven solutions.

“Through TJ’s online portal, we will be able to see regular figures on the weight and volume of waste, the kind of materials being segregated and how much is being recycled and used to generate electricity through energy-from-waste schemes, rather than ending up in costly landfill.”

VIVID, which has offices across Hampshire, also has plans to build 1,200 new homes a year, with a mix of social and affordable rent, shared ownership and private sale.

Luke Haskell, who oversees the contract, is the marketing and sales development manager at TJ, which has 240 staff and is headquartered near Fareham in south Hampshire.

He said: “Commercial waste disposal is a costly problem for housing associations, with strict regulations.

“Our service for VIVID, backed with transparent data, will result in the vast majority of skip waste being recycled and used to power homes and workplaces instead of going to landfill, where the current standard tax rate is £86.10 a tonne.

“Building waste from VIVID will be collected by our branded vehicles and driven to the two Environment Agency-licensed waste transfer stations that we operate in Southampton and Portsmouth. Materials will be sorted for recycling and energy-from-waste.”

Now in its 22nd year and with a mixed-use range of 165 lorries, TJ works for 3,000 companies and organisations across southern England.

Municipal authorities are responsible for the collection and disposal of domestic rubbish from VIVID’s homes.

TJ’s collection and recycling service – for the 300-strong VIVID Build and repairs team – relates to trade waste and any black bin waste left behind by previous occupants.

Festival support act with a difference »