TJ Waste has successfully delivered the waste management contract for Wickham Festival 2021 after they were drafted in at short notice to take the reins when the festival’s original waste contractor was unable to fulfill the agreement.

The event, which took place from 5-8 August, is a 4-day music and arts festival held in a rural location near Wickham, Hampshire. With live music on four stages plus a host of other entertainment, Wickham is rated by many as one of the safest, most relaxed and family-friendly festivals in the UK.

TJ provided dozens of Eurobins, which were dotted around the festival site to ensure the site was kept as clean as possible throughout the event. A team of TJ staff were on duty around the clock to coordinate the regular emptying of the bins; TJ had a vehicle on-site that the bins were emptied into.

The waste was then taken back to TJ’s Tipner Materials Recovery Facility in Portsmouth, where the waste was sorted and segregated to ensure all recyclable items were salvaged and that the rest of the waste was directed down the most appropriate routes.

TJ delivered the bins to the site the day before the festival commenced to ensure they were placed in the best locations for capturing maximum waste. The bins were removed from the site within 24 hours of the festival ending.

Festival goers were also given the option to camp nearby if they wished. TJ was tasked with clearing up both the festival and camp sites at the end of the four days to ensure all traces of the festival were removed and that the land was left in a good condition.

“When we were left without a waste management company at the last minute, my first thought was to call TJ waste. Not only are they nearby geographically, but their reputation precedes them. Our friends at Victorious speak very highly of the service they provide and we were very keen to get them on board. They provided us with an absolutely first-rate service, everything we asked for and more. We’ll certainly be using TJ Waste again.”

“We were pleased to be asked to step in and very glad to be able to deliver the service that was required. Even though it was short notice, we completed the job effectively and to our usual high standards, which helped ensure the smooth running of the event.” 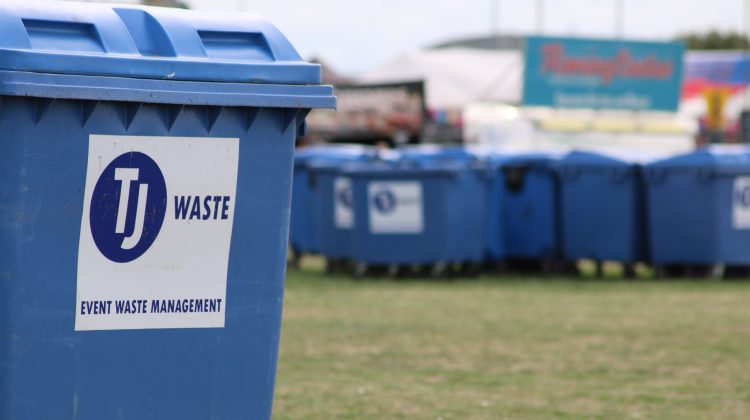