You are here: Home / News / TJ to sponsor Havant RFC

TJ Waste have signed up as official sponsors for Havant Rugby Football Club for the 2021/22 season. The Club approached TJ in the spring to ask if they’d like to sponsor them and TJ was keen to help.

TJ will be providing the Club with waste disposal support which they will use in the redevelopment of their storage and training facilities in preparation for the new season.

All TJ’s skips are removed from site at the end of the hire period and taken back to one of their four materials recovery facilities in Portsmouth, Southampton and Yapton. All waste is then sorted and directed down separate recycling routes. TJ is dedicated to diverting waste from landfill and endeavours to recycle up to 100% of the waste they process.

As sponsors, TJ will advertise on pitch side advertising boards which are on display year-round, as well as feature on digital advertising around the clubhouse promoting their services. They will also be listed as an official sponsor on the Club’s website.

Havant Rugby Football Club are the leading club in Hampshire, playing at level 5 in the rugby pyramid, following promotion to London & South East Premier at the end of the 2019/20 season. Covid restrictions during the the 2020/21 season led to a complete competitive write off, but the team are raring to get started this year in the new league, playing sides from as far as Hertford and North Walsham (Norfolk)!

The Club has significant ambition to build on the recent promotion and to push higher up the rugby pyramid. The return after Covid gives the opportunity to build on the excitement at returning, but also to ensure that the Club is at the heart of the Community, offering facilities and events to those in the surrounding area.

The Club has just celebrated its 70th anniversary. Founder Gerald Fuller met with 11 other men at the Dolphin Hotel in Havant on 27 April 1951 and it all began from there. The Club’s achievement highlights include:

The new season kicks off on 4 September, with a match against Sidcup. The season runs from September 2021 to April 2022 with a total of around15 weekly fixtures across the Club. There are currently four senior men’s teams, two senior ladies’ teams, two male and one female academy teams (U18), and a very successful and ever-growing minor and junior section (nearly operating at capacity) of 450 youths, with two junior girls age groups, four junior boys age groups and seven mixed mini age groups.

Patrick Watson, Club Operations Manager at Havant Rugby Football Club said: “We’re thrilled to be working in partnership with TJ Waste. They have a great reputation in the local area, not only for the services they provide but also for the work they do with various community-focused organisations. When I approached them for sponsorship they were keen to help and I look forward to working with them on further projects in the future.”

“We’re pleased to be working with Havant RFC to provide them with an essential service that will help them achieve their future goals and contribute to the smooth running of the club. The partnership will allow us to get the TJ name seen by large numbers of rugby fans year-round as well as spreading the word that TJ are always keen to support valued community clubs such as this.” 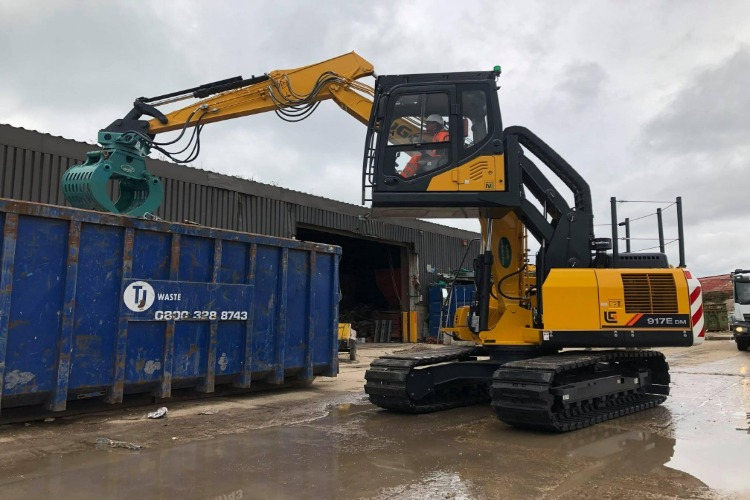 TJ has added four new state-of-the-art 360° plant vehicles to their fleet, which will be used at th ...