You are here: Home / Blog / What are aggregates used for?

What are aggregates used for?

Aggregates are used widely for many different purposes and across many industries. TJ supplies a range of aggregates to the construction, groundworks, agricultural, landscaping, farming and domestic markets.

TJ’s aggregates service includes sourcing and supplying the materials and delivering them using their fleet of vehicles. The aggregates are supplied in quantities upwards of 5 tonnes and it is TJ’s versatile tipper trucks that are most often used for deliveries as the truck beds can be tipped to easily deposit the aggregate in the desired place on-site.

What aggregates does TJ supply?

TJ offers building sand and as dug sand, both of which are sourced from TJ’s Hythe Quarry. The building sand is 0/2mm and is mostly used for bricklaying by mixing with cement to create mortar or for plastering by mixing with gypsum, lime or cement and water. The as dug sand is used for blinding and general fill, pipe/cable bedding and cattle bedding. TJ also supplies sharp sand, which is sea dredged and commonly used for laying and brushing into block paving and mixed with cement to create floor screed.

TJ’s 6F5 rock chalk is quarried from their quarry at Butser near Petersfield in Hampshire. It’s a primary general fill aggregate, supplied as an ‘as crushed’ product that is most commonly used for capping, laid over terram to raise and level natural ground ready for a Type 1 sub base.

TJ also supplies rock chalk in other forms as required. They’ve supplied it as larger rocks for use in gabion chalk baskets that were used during the world’s largest disaster simulation exercise, which took place in Hampshire last year. TJ also donates supplies of rock chalk to Butser Ancient Farm, who use it for school visits when the children use it for sculpting.

TJ’s All In Ballast is a primary sea dredged aggregate, a blend of 0/4mm sharp sand and <20mm gravel. It is used for making concrete and as a general drainage fill for construction projects.

TJ also supplies Type 1 Track Ballast, which is a primary quarried granite reclaimed from the UK’s rail networks, meeting the Department of Transport’s Specification for Highway Works. This aggregate is generally used as a sub base or general fill for large construction projects where DOT compliance is required.

2/6mm, 5/20mm and 10/63mm limestone suds are primary quarried aggregates, part of the sustainable urban drainage systems range – sub-bases designed to efficiently manage the drainage of surface water. Depending on your specification, they can be used as a sub-base for permeable block paving or asphalt.

Type 1 limestone is a primary quarried aggregate that meets the Department of Transport’s (DoT) Specification for Highway Works, clause 803. It is considered the benchmark for quality and the most frequently used sub base aggregate beneath highways and construction projects of all sizes.

Type 3 limestone is a primary quarried aggregate that meets the DoT’s Specification for Highway Works. It is an open graded sub-base with a lower content of fines than Type 1 Limestone, allowing for better drainage, often used in conjunction with sustainable urban drainage system stone as a sub-base for permeable paving or asphalt.

6F5 crushed concrete is a recycled general fill aggregate. It is an ‘as crushed’ product that is most commonly used for capping, laid over terram to raise and level natural ground ready for a Type 1 sub base.

Type 1 Crushed Concrete is a recycled crushed aggregate graded to the DOT’s Specification for Highway Works. This aggregate is screened from 6F5 Crushed Concrete to produce a graded, cost effective sub base for construction projects of all sizes.

Screened Topsoil is a recycled soil produced to WRAP Protocol. It is suitable for backfill, landscaping and turfing. Please note that this product lacks sufficient nutrients to support planting.

BS3882 Topsoil is a mixture of screened soil and PAS100 compost, creating an enriched multi-purpose topsoil compliant to British Standard. It is suitable for general landscaping, turfing and planting.

Gabion stone is a primary quarried aggregate made to fill gabion baskets, which are used for creating coastal defence and highways protection walls as well as for decorative purposes.

We can source and deliver a range of decorative aggregates, including:

Type 1 Reclamix® is TJ’s own innovative product designed to retain the functionality and compliance with the DoT’s Specification for Highway Works, whilst in the price bracket of a recycled aggregate. The product is a blend of primary Type 1 limestone or similar and recycled Type 4 aggregate. It is mostly used as a sub base for small to medium construction projects such as block paving and asphalt driveways, pavements and roads.

TJ acquired Butser Quarry in 2017 after deciding they wanted to supply their own aggregates to the construction industry that they’d built up strong relationships with. Rock chalk is the material excavated from the quarry and recycled aggregates are also produced there.

The quarry employs five full-time members of staff: a site supervisor who is responsible for the day-to-day activities at the quarry, a weighbridge operator who weighs the materials and issues the tickets for the paperwork and three plant operators who operate the machines which include a crusher, screening machine, shovel loader, bulldozer and excavators.

TJ bought into the quarry in 2017 and quarrying began in August 2018. Two products are extracted from Hythe Quarry: soft sand and a well-graded golden gravel. Hythe Quarry was identified in the Hampshire Minerals and Waste Plan (2013) as ‘the best option for continuing a local supply of soft sand and sharp sand and gravel from this part of south Hampshire’.

The quarry is split into three phases, with completion planned for 2028. Three full-time members of staff are employed there and up to 100,000 tonnes of sand and gravel are extracted per year.

Get in touch to discuss your aggregate needs with us and place your booking today! 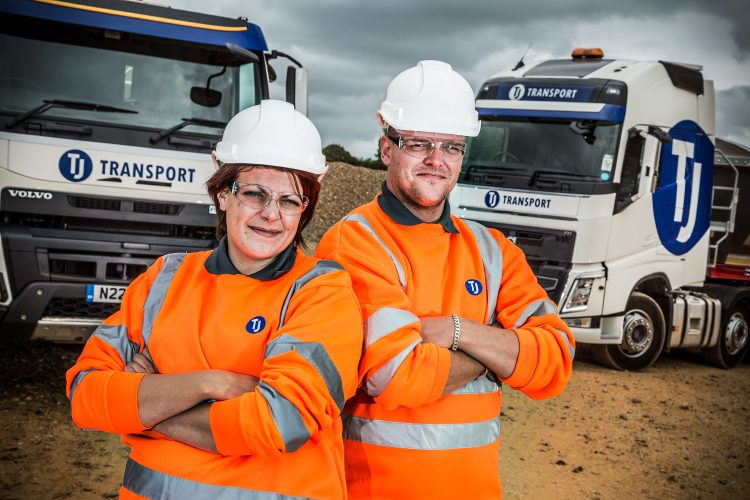 10 reasons to become a TJ driver…

As an employer in the southern region, we’re one of the best. We treat our staff well and we do al ... 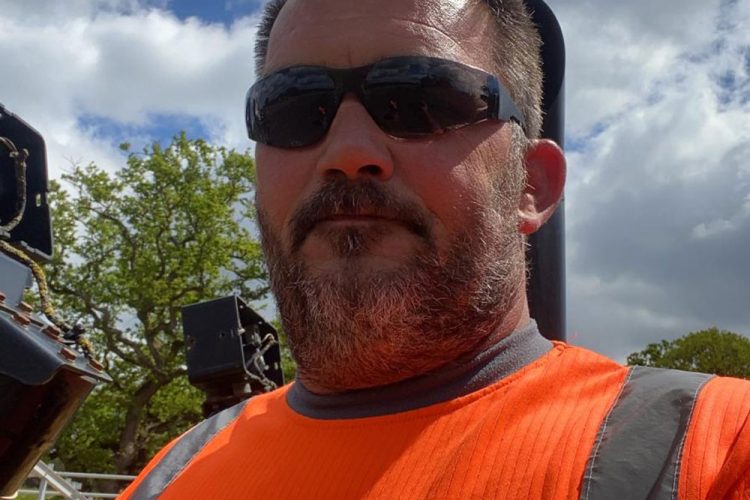 Jason has worked for TJ for six years, supervising various project sites across the southern region. ... 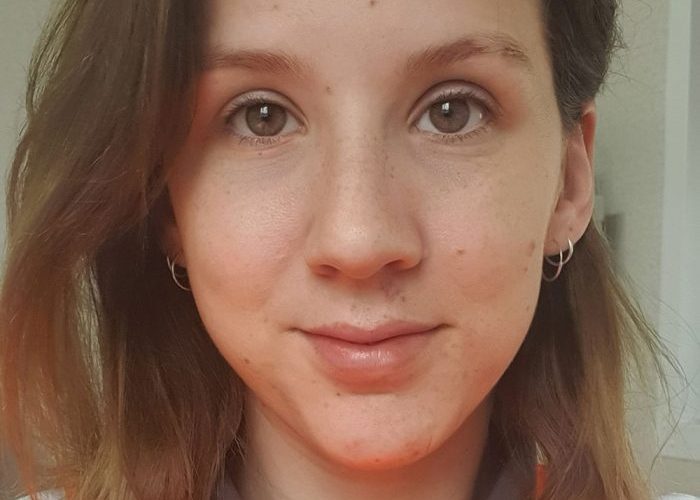 Jess has worked for TJ for four years; she moved from an Administrator role at Head Office to Weighb ...